1. Shamanism is the oldest and most widespread method of healing. There is archaeological evidence suggesting that the techniques of the shaman are at least 20,000 years old, with vivid evidence of their antiquity in the cave paintings in the south of France. In Les Trois Freres cave, there is a mysterious, partly carved, partly painted deerlike creature thought to represent a shaman. 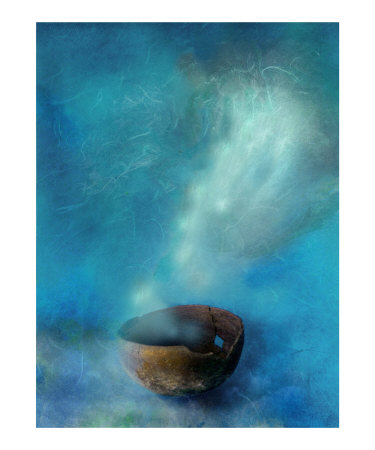 Carvings on reindeer bones from the Paleolithic period showing the shaman garbed in an animal mask were found in Pin Hole Cave in England. Another reindeer bone carving of enormous interest shows — a pregnant woman lying underneath a deer, presumably to garner strength for her ordeal. (The highly prevalent deer motif as healing spirit will be discussed in other contexts in this chapter.)

2. The practices of shamans are remarkably similar in Asia, Australia, Africa, the Americas (South, Central, and North), and even in Europe.  This is the case despite there being essentially cultural exchange across the oceans.

Why would these practices be passed down for 20,000 some odd years, when other aspects of the various social systems are in great contrast?  Since the only consistency amongst these greatly varied social systems is the practice of Shamanism, it is evidence that shamanism works, and, through trial and error, the same techniques for healing were adopted by diverse populations.  Cultural perspectives of the shaman need not be shared in order for shamanism to be effective.

Is it not possible that because shamanic practices involve a state of altered consciousness, this ancient way somehow was learned and communicated via the psychic, etheric realms?  In other words, it can be argued that these practices are divinely inspired.  As a result, many forms of alternative health, especially those involving energy healing, stem from shamanism.

3. Shamans are intermediaries or messengers between the natural world and spirit worlds. They treat ailments and illness by mending the soul. Alleviating traumas affecting the soul and spirit enables the physical body to undergo balance and wholeness.  The creation of balance results in the elimination of the ailment, thus restored health for the human body

4. Shamans can be male or female.

5. In many cultures, heredity played little part in determining the shaman of the tribe.  There were some, however, in the northeast part of the Maidu country (in California) all of a shaman’s children were obliged to take up his profession or the spirits would kill them.

6. There was a certain naturopathy philosophy when a shaman was called to help heal.  The shaman may have had knowledge and function in several healing roles. It would be unthinkable, however, to go to a bone setter who was not also a shaman to ask how to live a life, or for an interpretation of the meaning of a disease in a cultural context. The distinction between mechanical, technological medicine and shamanic medicine seems to have been clear until recent times, with the former having always had a significant role in relieving the torment of physical suffering

6. Some sort of séance and ritual leading to an altered state of consciousness – sometimes just the shaman, often including the person needing healing.  Achieving this trance state (to use a modern term) is accomplished by various means such as fasting for days or weeks, exposing the body to extreme temperatures (sweat lodges, frigid cold), psychotropic herbs or venoms, or extreme physical activity (for example, hiking up a mountain for days straight with no stop). 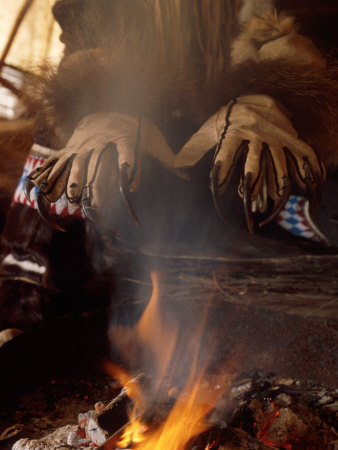 7. The shaman summons his or her helper spirits using the drum, baton, shaman’s post, shaman’s chum, sacred place, and many other ritual objects.  Use or contact with the helper spirits varied.  While some shamans became what we would call possessed, others controlled their spirits objectively as if they were handling so many instruments, and still others consulted their helpers in trances.

Sometimes the shaman sent helper spirits into the body of the sick person to learn the cause of the disease, and then the means of healing was selected.

8 An important part of shamanic ritual was the preparation of the sacred place, drum, costume, special curative clothes, and ritual objects. Wooden images that symbolized incarnations of disease spirits were used in curative practices.

9. While in the altered state, the shaman would journey through various realms.  It is a kind of mental or astral journey, using the same energetic body as those who experience an Out-of-Body experience.  It is during this journey when communication would take place with the spirits, a “poweranimal,” or even with atoms and cells on the microscopic level.

10. What makes a shaman different from other mystics and visionaries is the intentional journey – or soul flight – into the spirit world. In other words, unlike the common perception that mortals must wait for spirits of nature or the dead to make contact (something that happens more frequently than people realize), the shaman initiates contact by going directly into the spirits’ world. Rather than waiting for the spirits to visit us, the shaman becomes the visitor into their invisible realms. Because they know the entry points, shamans can cross the borders of ordinary and nonordinary reality at will, enter the spirits’ reality, and develop the skills, understanding, and competence for functioning in that dreamlike world.

Entries into the Otherworld are of two types: portals that “open into the earth” for lower-world journeys and portals that “lead to the other side of the sky” for upper-world journeys. Experiences of entering these portals, finding animal guides and learning the geography of nonordinary reality are at the heart of core shamanic practices.

One Response to “10 Interesting Facts about Shamans”