A woman with frequent kidney problems recalled being shot in the kidney area. 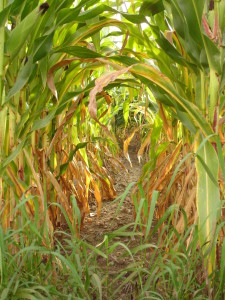 A woman couldn’t ride the subway system without breaking into a panic every time she went underground discovered that she was buried alive.

There are many cases of someone being extremely introverted or with a fear of speaking publicly. Such cases are often a result of having suffered persecution for something that was said.

A man who couldn’t help but to overeat, to the point of being dangerously overweight, discovered that he had died of starvation, with one promise to himself, “… to never go hungry again.”

A child musical prodigy later learned of a simple life of a monk who played the harp and other stringed instruments for the townspeople.

A sad theme throughout history is being separated as a child from parents during war or periods of famine; or separated from loved ones into slavery or from sickness. This trauma can manifest in later lives as insecurity, an inability to trust others, extreme possessiveness, or separation anxiety.