What is Client-Centered Hypnotherapy?

I have been fortunate to have people come to me seeking help in ways that take advantage of the true gift of hypnosis.  Even some of those that came seeking help to stop smoking and to lose weight have decided to explore the root cause of some of those sabotaging behaviors.

It’s difficult to explain what I do as a hypnotist.  Short advertising blurbs or brochures do not effectively capture what I do.  And there seems to be a certain unappealing “mystique” associated with hypnotists as many of them try to convince people they are powerful, mind-controlling, magician-like Svengalis.  That is not who I am.

Client-centered Hypnotherapy.  That’s the tagline in my promotional materials, but what does this really mean?

With each person that sits with me, I spend the time to get to know them.  I learn their goals, their challenges, and I try to explain what they can do on their own to strengthen everything we do during the session.  Basically, I really, truly want to help.  That’s it!  That’s what it all comes down to.  And I have the tools and the experience to help just about anyone who wants it.

But I’ve learned something significant in these last 20 years as a hypnotist.  Instead of the traditional, “I relax you and give you suggestions and commands” sort of hypnosis, I have learned that if I just dialogue with people; if I simply have conversations with them while in a deeply-relaxed meditative trance state, their own conscious and subconscious minds yield incredible breakthroughs.

People that have been to therapists for many years finally begin to resolve their challenges after just three to five sessions.  And as much as I’d like to say I’m awesome and my ability to say exactly the right things at the right times is insightful and pure genius, I really can’t.  I can’t because I don’t have to be all those things.  I just start a conversation or let people explore themselves or take them back to a certain time or place and then they begin to make things happen for the better.

Quite often the solutions are borderline non-sensical.  Here’s an example:

One person, after experiencing a mild concussion, got an immediate, crushing headache every time she heard a ding or bell sound (microwave, elevator, telephone, etc.).  It didn’t make sense, but that’s what happened.

Under hypnosis I asked whatever part of her was responsible for causing the pain to tell me what could be done to best allow her to heal and not respond to dings or bells.  I was told to put a certain color of purple in her ear.

I wasn’t sure how to do that, but I just went with it.  I asked her body if it could put the color in her ear and it responded that it could.  So, after I got confirmation that all parts of her were in total agreement to do this, I gave suggestions to do so and got confirmation that it was just the right amount.  She never felt the pain again for the week or two it took for the concussion swelling to go down. 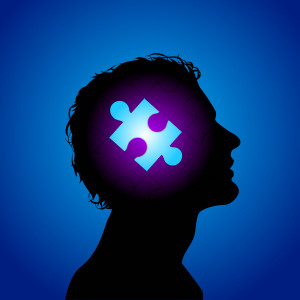 Now, did that make any sense?  No!  It doesn’t matter, though, does it?  The pain stopped.  That’s all she wanted.

See how that works?  I don’t have to be a genius!  All I have to do is be able to ask the right questions and know how to lead someone into a deeply relaxed meditative trance state, which I can do very well.  Knowing that people – or, rather, their subconscious or higher self or whatever it is that helps – can solve their own challenges under hypnosis, that takes a huge load off of my plate.

A rather tall, strong, very in-shape fellow (former military, now in law enforcement) came in because he was experiencing a strange form of being a hypochondriac – every little ailment, every little cough, the smallest things, set him off into a stressed out obsession.

“I know why I do this.  I’ve been to therapy for 5 years.  We’ve talked and rehashed and discussed this thing to death.  And I have to say that my therapist is great.  She’s a wonderful, insightful person who has provided me very thorough coping mechanisms.  With her help I have developed work-arounds, but I still don’t have a real solution.

“So here’s what happened: My mother died when I was 14.  She was super-healthy, very active, always on her feet, and in great shape.  She got a very aggressive form of cancer and within just 3-4 months, she was dead.  As a 14-year-old kid, I denied her sickness and didn’t want to face it.  I could’ve been a better son to her during her illness, but I wasn’t.

“And we’ve hashed all this out in therapy.  I no longer feel guilty about this like I did.  I’m not proud, but at least it doesn’t eat at me like it used to.

“So, all of this began about 7 years ago.  I got cancer.  I was treated and it never came back.  But ever since then, I’ve had this stressful obsession with every ailment or cough or scratch or whatever.

“I know the connection between my mother’s cancer and my own.  It makes perfect sense that my cancer triggered my obsessive anxiety.  I understand the cause.  I just need a solution.  I’ve tried everything and now I figure, since it has to be all in my head, why not see a hypnotist.

After the first session, which is usually the initial “set up and establish a foundation for healing” kind of thing, I asked him to go back to the cause of his issue.  As expected, he described seeing his mother on the couch, too sick to get up, always asleep, and things like that.

(Keep in mind, I am shortening this dramatically just so you don’t have to read a whole book.)

After all that, I asked his mind/body/higher self for a solution.  At this point I usually get something interesting or odd, something that I can use. But with this fellow…  NOTHING.  I’m supposed to get something.  Anything!  Not nothing!

As he was describing the various interactions with his mother, I had a feeling that the 14-year-old wanted to say things to her that he never got to say.  So, I told him to just pretend to have a conversation.  Since she was so sick she couldn’t talk.  So I told him, just like in a dream, that he was psychic and would be able to talk with her.

That didn’t work, either!  “I’m getting nothing, Doc.”

But then, thank goodness, he sparked alive.  He said, “I think I can talk to her now!”  Instead of talking to her THEN, on her death bed, he was actually able to talk to her NOW.  So, I simply facilitated a conversation with his mother who had passed. 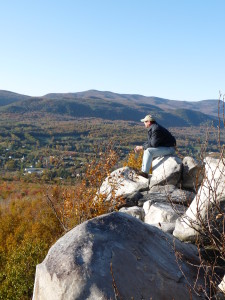 And what’s really interesting about these things is that they don’t have to be clear.  He doesn’t HAVE to see her or be able to describe her “in heaven.”  People don’t even have to exchange a lot of words, which is exactly what he experienced.

Just being in her presence he was able to get whatever it was that he needed in order to release this anxious hypochondria.  I talked to him a few weeks later and he said he was a changed man.  “I had an epiphany, Doc!  That’s the only way I can describe it.  I’m cured!”

My initial plan of “treatment” didn’t work.  If there’s one thing I learned, it is to adapt.  (I’ve gotten pretty good at thinking up crap on the fly, in other words.)  But really, I just listened to what he was saying and went with that.

How do I put all of this on a brochure or in a small advertising piece?  I can’t!

But that is what I do.  I use the gift of hypnosis to guide people to solve their own major issues.  And when people solve their own challenges, the results are long-lasting, often permanent.

I encourage anyone to just come and talk to me.  There is no charge to just talk.  And if I don’t think I can help, I’ll tell you or I’ll point you to others who can.

Thank you for listening to me blab.

If you’re interested in making an appointment or would simply like to have a few questions answered, please call or text 413-358-8285.

Many questions may be answered through the articles on this site.  Please explore.

And if there’s a topic or article you’d like to see discussed, feel free to leave a suggestion.  Thank you.